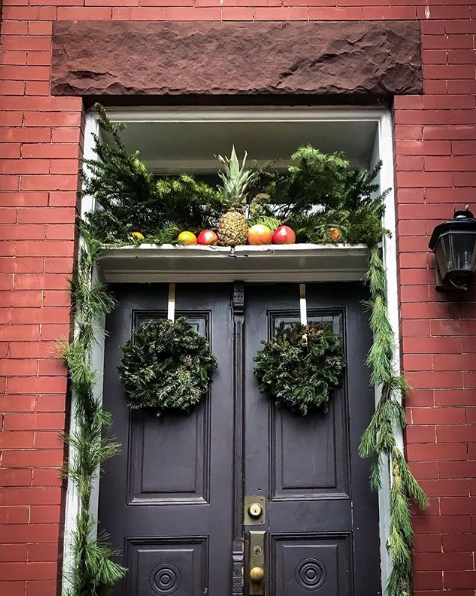 I’m not a crier, except for when I am.

“YES THANK YOU FOR THE YOGI BERRAISM. THAT’S TWO FOR TWO IN YOUR RECENT POSTS,” I hear you CapsLock scream. Hold on. I’m going somewhere here.

My mother (hi mom!) would say I’m not a crier, you see. That’s because she’s the crier. We saw Mary Poppins Returns over winter break. We saw it twice, actually: Once by ourselves on Christmas Day, when we were felled in our attempt to watch The Grinch Who Made Up The Iraq War with Christian Bale by the typical Washingtonian overplanners who’d snatched up tickets to the 1:40 p.m. show at the Angelika. Seriously: The day before, there were plenty of tickets; next thing you know, POOF. (Confidential to the Angelika: PLEASE NEVER STOP POPPING UP AT UNION MARKET I LOVE YOU CALL ME.)

So Mary Poppins was our Christmas Day movie, which strikes me as very funny because,

Anyway. There we were, about nine minutes into the movie and of course my mother starts to cry during a completely appropriate moment (SPOILER ALERT) when Michael sings to his dead wife about how much he misses her. I don’t just mean that she had a couple of dignified tears rolling down her cheek– glittering emulsified would-be rivulets of emotion, perched precariously at the corner of her eye. This was a full-blown sobfest before we’d ever made it to the bathtub scene. Like I said, my mother cries. She is comfortable with this facet of herself. When we took the boys, my younger one –knowing how his grandma cries– would periodically touch her face and check for tears. She thought he was rude. I thought he was hilarious.

But me, I wasn’t ready to, um, develop emulsified rivulets of emotion the second Mary Poppins –looking like a most delightful snack as played by Emily Blunt– breaks the fourth wall and flips backward into the tub as she smiles conspiratorially.

I am in disbelief that now, sitting here writing about it, I’m blinking back tears. This is my not-so-secret. That I do cry, but that I cry about what feels like the wrong things. Crying about the wrong things seems to connect the finest spider webbing in my mind, stirring up old feelings of shame, loss, amazement, inadequacy, lust, longing, wonderment, or, in the case of Mary Poppins coming to save the day and helping the parentified Banks children find the spark of joy that they lost when their mother died and their country was sunken into an economic depression that would only get worse as Germany prepared to invade Poland some years later, a feeling of awe and delight so overwhelming that goddamn it, I’m getting a little bit verklempt again just thinking about it.

It only lasts a couple of seconds, but it shakes me. It makes my synapses tingle, to feel something so deeply and to feel so naked and vulnerable for a few moments– like a curtain pulling back and letting in blinding daylight, only to fall again, shut out the feelings and let me go back to being my snarky, let’s-laugh-at-my-mom-for-crying self instead.

It’s not very mature, I know. But I’d never really realized just how often I do this. I have these glimpses of overwhelming emotion– the kind of paralyzing emotion that makes me want to shun it and shut it down because I have found this crippling and overwhelming and weak. It was crippling and weak when I would get choked up talking about something serious in school. It’s crippling and weak when I am trying to make a point and, instead of sounding eloquent and reasonable like I think I do in my mind, I cough up a jumble of raw emotions and choked, angry tears. Verklempt doesn’t even begin to describe it. Ugly is closer.

So now bear with me, because I just started writing again after coming back from the store and I took note of becoming verklempt with the following things:

You can indulge in your judgmental pop music-induced eyeroll. I understand it. You’ve stuck with this for a bit, so go for it.

Okay, you’re back. Those three things made me get teary-eyed because wehavefemininehygienechoiceandcanbuytamponsforcheaperandYESwhenpeopletrytoexplainyourfeelingswithoutyourpermissiontheysayyou’recrazyinsteadoftryingtoseeitfromyourpointofviewandohmanIknowthissongischeesybutthetwangywayMileysings”again”allthroatyandlowreallyconveysthatheartbreakofknowingyou’regoingbacksomewhere,someplacethatrejectsyouforwhoyouareormaybeitfeelsthatwaybuthereyouaretrying,hopeful,again.

Feelings. It’s those feelings that are the core of humanity, and which to me can sometimes be like exposing a live wire. For me, those feelings come at decidely odd times– you can go ahead and make fun of me for tearing up over “compare to Playtex” all you want, for instance.

But that’s all they are: Feelings. They attack you, then subside. Maybe you don’t cry over the miracle of generic tampons, but what triggers you? How do you become aware of your place in the universe? And when that happens, what do you do? I’ve mostly stopped trying to pretend they aren’t happening: The choked-up throat talking about my younger son’s ADHD or the quiver in the voice when I’m trying to tell my older son that he needs to be respectful, even if these days, he’s literally starting to look down at me.

I’ve slowly started to accept that the feelings, much like the rhythm, are gonna get me. The familiar eye-sting; the flushed face; the stammer. They all remind me that I am alive and that I care –sometimes too much, and sometimes about the wrong thing. But they also make me human, and I accept them and embrace them, and I lean into them in their hot, prickly feelingness and as soon as I do, I realize what’s going on: why I care.

And then, they are gone.

It’s funny. Now that I’ve been telling you all about my feelings, I’m okay. This too, shall pass.

11 Jan This entry was published on January 11, 2019 at 1:41 pm and is filed under Uncategorized. Bookmark the permalink. Follow any comments here with the RSS feed for this post.

Older: A Side: In My Feelings/ B Side: Land of Oblivion
Newer: Poetry Month Starts Early